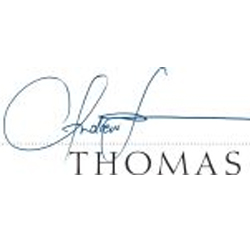 Thomas Wines is not only one of the Hunter Valley’s most renowned winemakers, but nationally and internationally acclaimed for it’s exceptional, single vineyard Hunter Valley wines. Thomas wines have gained somewhat of a ‘cult status’ for its small range of personality imbued wines, many of which offer both pure current drinking pleasure, as well as remarkable cellaring potential.

The first vintage was produced in 1997, with an absolute focus and determination to specialise in producing top shelf examples of the two signature varieties of the Hunter Valley, semillon and shiraz.

Over the years Thomas Wines have gathered an impressive folio of local growers, who each own and operate arguably some of the Hunter valley’s most distinguished sites, producing world class, uniquely regional styles. Each wine showcases it’s unique vineyard signature and expresses a real sense of place. Kiss shiraz and Braemore semillon sit at the top of an impressive range, many of which have become modern benchmarks for the Hunter Valley.

Having previously spent 13 years learning and applying his craft at Tyrrell’s, owner and winemaker Andrew Thomas now has over two and half decades of winemaking experience in the Hunter Valley. It’s the no compromise, attention to detail approach to his winemaking that has seen him named as 2014 Hunter Valley Winemaker of the Year (having also previously won the award in 2008), as well as contributing to an impressive mantle piece of wine show trophies and medals, and enviable critical acclaim.