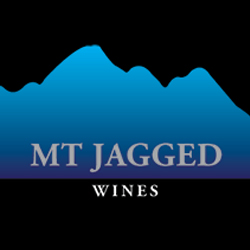 Mt Jagged Vineyard was first established and planted in 1989 on the site of an old dairy with the cellar door being the converted old milking shed. In 2013 Tod and Suzanne Warmer acquired Mt Jagged Wines after a major life-style sea change. With their hands on approach, they can be found in the cellar door or in the vineyard providing visitors with their personal insights to vineyard life and where their wines come from.

At 320 metres above sea level, Mt Jagged is located in a cool climate growing region being significantly influenced by the maritime forces of the Southern Ocean pushing up cooling breezes during summer which results in greater humidity and moderate temperate fluctuations. Temperatures can be up to 10 degrees different than those experienced in McLaren Vale and Adelaide during summer months. Climatic conditions along with good annual rainfall provides for longer ripening periods, creating wines of deep complexity and real varietal characteristics.

The vineyard was planted to red varieties of Shiraz, Cabernet Sauvignon, Merlot with Pinot Noir being grafted to vines in 2013 by the new owners and white varieties Semillon and Chardonnay. The vineyard rows are planted in an East West orientation rather than the usual North / South direction due to the prevailing West South West winds. The planting arrangement causes the least amount of damage in the vineyard from winds while also acting as drying agent after rainfall, helping to prevent disease.