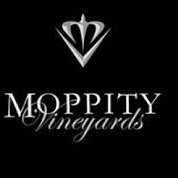 Hilltops is rapidly emerging as one of the most exciting viticultural regions in Australia.Viticulturally, the region can be summarised as "Barossa meets the Grampians"; power and concentration with elegance and finesse.

Moppity Vineyards is a flagship producer of the Hilltops region and recently rocketed to prominence having claimed some of the most coveted prizes in winemaking, both in Australia and overseas.

The 170 acre vineyard sits at the highest elevation in the Hilltops and the 37 year old vines are among the oldest in the region. Moppity vineyards won over 90 trophies and medals since 2009 and produced fruit for the ’09 Jimmy Watson winner.