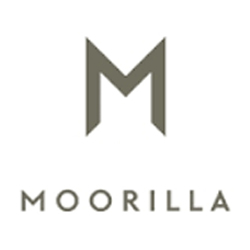 Moorilla was founded by Claudio Alcorso, an Italian textile merchant, in 1947. In 1958 – ignoring advice that the site was better suited to fruit trees – Alcorso and his family trialled 90 Riesling cuttings on the site, sourced from David Wynn’s South Australian vineyard. In 1962 the vines produced their first yield, which was handpicked and wild fermented to become the first ever Moorilla vintage.

Until the sale of the site to David Walsh in 1995, the Alcorsos worked tirelessly to establish Moorilla as a leader in the cool climate wine industry – later acquiring a second vineyard, St. Matthias, on the banks of Launceston’s Tamar River.

Today, David’s vision for Moorilla has developed in tandem with MONA under the governance of winemaker Conor van der Reest: in its emphasis on the production of wines designed to mirror MONA’s overall philosophy, and importantly, encourage visitors to engage all senses – sometimes unexpectedly.

Moorilla have three labels that explore the terroir of the vineyards; rather than different tiers of quality. The three labels are Praxis, Muse and the Cloth Label Series.