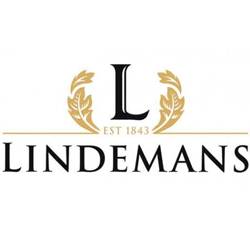 Lindeman’s wines contain the spirit and passion of its founder, Dr. Henry J. Lindeman, whose philosophy was to craft wines for everyday enjoyment.

In 1843, Dr. Lindeman planted his first vineyard on his 330-acre property ‘Cawarra’ in the Hunter Valley of New South Wales. One hundred years later, the Lindeman’s Wine Company became a public listed company.

By cellaring wines and not releasing them for sale until they had properly matured, Dr. Lindeman earned a reputation for producing wine of the highest quality. In 1973, the Lindeman’s Winery at Karadoc was built to cater for the increasing consumer demand for Lindeman’s wines around the world.

The winemaking team of nine is spread across Victoria and South Australia. Wayne Falkenberg and his team at the Lindeman’s Karadoc Winery produce wines for the Cawarra, Bin Series and Premier Selection labels, whilst the team based in the Coonawarra produce the Reserve and Coonawarra Trio wines.