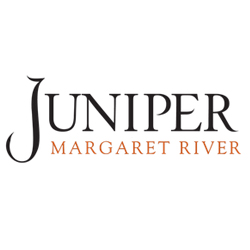 Juniper Estate was planted by Henry and Maureen Wright in 1973 on Harmans Road South (now known as Tom Cullity Drive), in its picturesque setting along the Wilyabrup Creek. The vineyard grows on the ancient laterite gravelly loam soils that lie over a clay base. The present vineyard block was created by subdivision by the well-known Western Australian artist family, the Junipers, after whom it is now named.

The original Margaret River vineyards were planted without irrigation. Wright's vineyard (as Juniper Estate was formerly known) was no exception and the original 21 acres of Cabernet Sauvignon, Shiraz, and Semillon are dry grown. Dry land viticulture is highly regarded for the depth of flavour it produces in the grapes. Characteristically yields average less than 3 tons / acre.

The Margaret River region is surrounded on three sides by the sea (marking the confluence of the Indian and Southern Oceans), delivering a moderate, Mediterranean climate to the area. We have sunny, dry, warm to hot summers, long mild autumns and cool wet winters. There is also the benefit of no frost and very little rain at vintage. The vineyard is hand-pruned and the grapes are hand-picked at harvest.

Mark Messenger has been the Winemaker at Juniper Estate since 1998. He has responsibility for production of all Juniper wines and is supported by an experienced winery and vineyard team. Prior to joining Juniper, Mark was assistant Winemaker at Cape Mentelle, in Margaret River, from 1990 to 1998.