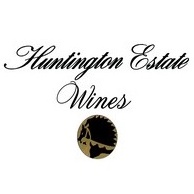 In 1969 Bob Roberts established Huntington Estate on the site of a rundown orchard and began his egalitarian mission to make some of Australia's best wines at affordable prices. With Len Evans harping in the background, Bob achieved this goal and over the next four decades and his loyal following grew.

In 1996, journalist Tim Stevens, a Queenslander who had also caught the ‘wine bug’, purchased Abercorn next door to Huntington Estate. Tim's cellar was full of Huntington Estate and  wanted to emulate his neighbour's style. Like Bob, Tim was enamoured of Mudgee's unique tannic style.

The pair became friends and ten years later when Bob decided to retire it was a natural transition for Tim to take over as owner and winemaker.