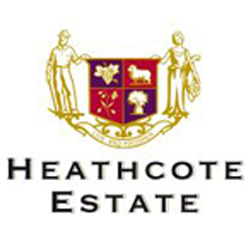 Now wholly owned by Robert Kirby's Yabby Lake, Heathcote Estate, in central Victoria, is well renowned for its rich soils and characteristic, intense, balanced red wines. Both the climate and soils of this region are strongly influenced by the Mt Camel Range which runs from Corop in the north to Tooborac in the south, providing natural tunneling for the prevailing cool, south to south-east winds that blow throughout the growing period from October to March.

The Heathcote Estate vineyard is situated on Drummond's Lane, bordering the well known Jasper Hill Emily’s Paddock Vineyard. The vineyard is planted on the slightly undulating, north-facing country which is the heartland of the region.