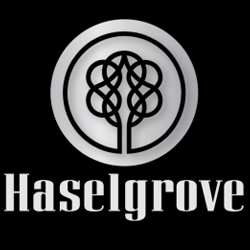 Established in 1981, the Haselgrove family made wines from all over South Australia, furthermore building the Home of Haselgrove, a winery in the heart of the McLaren Vale in 1999.

Located in the heart of McLaren Vale, Haselgrove Winery is surrounded by 10 hectares of Shiraz and Cabernet Sauvignon vines, dating back more than 60 years.

Haselgrove focuses on small batch production, allowing the blending of small parcels of wine to create high quality wines. Significantly, the small batch facilities allow the winemakers to separate their small parcels, displaying terroir of the vineyard and seasonal variation in the bottle.

McLaren Vale is one of the top Shiraz growing regions in the world. The aromas of liquorice, spice and violets, and the mouthfilling flavours which include spice, plum, black pepper and dark chocolate are classic to the styles Haselgrove produce every year.

In addition to their own vineyards, Haselgrove work with dedicated McLaren Vale, Barossa Valley and Adelaide Hills growers. Varieties such as Pinot Grigio, Sauvignon Blanc and Chardonnay all thrive in the cooler hills region, producing world awarded wines which are fresh, crisp and refreshing.