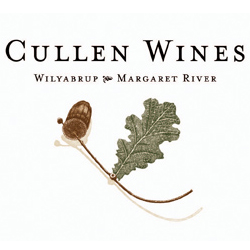 Winegrowing began on the Cullen property in Margaret River over 40 years ago. Studies in the early 1960's showed that Margaret River had some very special qualities. The climate was particularly suited to growing Bordelais varieties and in particular Cabernet Sauvignon. On the advice of eminent agronomist Dr John Gladstones, Dr Kevin and Diana Cullen planted a trial acre of vines at Wilyabrup in 1966. The encouraging results of this led to the planting of 18 acres of vines on their sheep and cattle farm in 1971, including their first Cabernet Sauvignon vines. Sauvignon Blanc, Chardonnay, Semillon, Merlot and Cabernet Franc were planted between 1976 and 1978.

Committed to biodynamic viticulture, Cullen Wines has evolved into an iconic winery focused on quality, integrity and sustainability at all levels of the business.