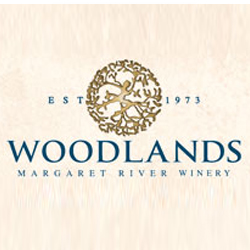 Woodlands vineyard was established in 1973 by David and Heather Watson on Caves Road in Wilyabrup, and was one of the first five vineyards to be planted in the Margaret River Wine Region. David and Heather aimed to create wines to emulate the great vineyards of Bordeaux.

Woodlands came to fame early on with the release of their 1981 ‘Andrew’ Cabernet Sauvignon. This wine won trophies for ‘Best Red Wine’ at the Perth Wine Show, the Mt Barker Wine Show, and the National Wine Show. This wine was the first from Margaret River to achieve a National Red Wine Trophy. Subsequent Cabernets made by David Watson won trophies and critical acclaim across the country.

David’s son Stuart took the reins as Winemaker in 2002. Andrew Watson joined Woodlands full time in 2005. Stuart and Andrew carry on the family’s love for Cabernet Sauvignon and Cabernet blends.

Woodlands now has an annual production of 9000 cases, specialising in red wine, and remains owned and operated by the Watson family. In 2010 David and Heather were awarded the Lifetime Achievement Award by the Margaret River Wine Industry Association.