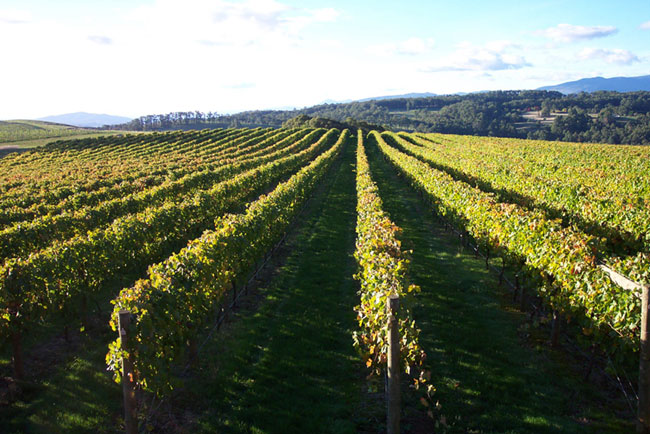 Tibooburra is many things to many people.To historians, it was once part of Solitude Station, a grazing run that spanned most of the Yarra Valley throughout the latter part of the 1800s.To wine appreciators, it produces a sumptuous variety of cool climate wines.To beef producers, it breeds internationally renowned Angus cattle, in park-like settings.To naturalists, it is recognised for its stream habitats and its thriving native wildlife.To the Kerr family, Tibooburra is a place they have called home since 1967 when a few hundred acres of grazing land, undulating hills and bush were purchased by Laurie and Vivienne Kerr.While wine and beef are now Tibooburra's mainstays, the property received acclaim of a different kind on 20 July 2005 by becoming the first site in Victoria to unearth the elusive black truffle.