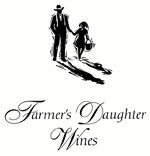 The Smith family has been in farming for many generations. In 1804 Samuel Marsden enticed three of his friends from Scotland - one being Robert Smith, Lance's ancestor - to come out to Australia to care for his sheep.

Lance grew up on the land and became involved in the meat game as a young man. Lance married Gwen Collins and together they raised two daughters, Vicki and Michelle (hence the brand name). They moved to Mudgee in 1972 and continued in the meat wholesaling business but moved to grape growing in 1995 and then opened their cellar door in 2000.